Coach D'Albero gears his team mentally for the next game

Coach D'Albero gears his team mentally for the next game

As Lady Steam looks to squares off against Grand Rapids

After defeating Columbus 73-68 in his first game and his first victory as the Lady Steams head coach, Antonio D'Albero is not wasting any time in preparing his team for their next match-up against Grand Rapids.

"We are working very hard, mentally.  The team is getting ready to sacrifice and to fight for every single ball," quipped D'Albero. 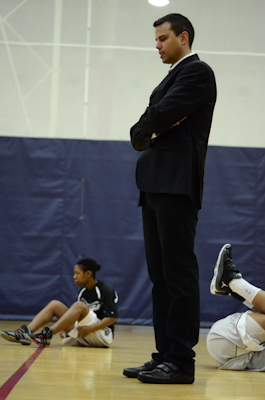 Despite his team giving it all in their first game of the year by squeaking by Columbus thanks to the offensive effort by Florencia Palacios and the stifling defense by Nikkilette Wright, D'Albero continues to demand perfection for his team.

"I fully expect my team to strive to do better when they go on the court.  Collectively, we are starting to work well as a whole unit.  The players are understanding the new mechanics and schemes I am drawing up for them.  We are on track, but there is still much to work on." 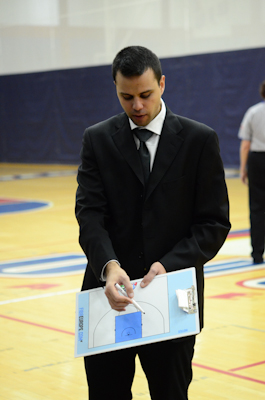 Coaching in the Windy City is a first for D'Albero and it is an unique experience for him.  However, he is not the only new person on team, too.
"We have a lot of new personnel this season. We are a new team and we need to find ways to fit in with each other.  Many of the players are playing for the first time and the most important aspect I preach is team-work."
Florencia Palacios, an international women's basketball star whom D'Albero recruited to come to the Lady Steam, is another new face in a new place.
D'Albero is ecstatic when it comes to the presence of Palacios on his team and on what she can do for the team.
"The greatest contribution Florencia is bringing to the team is her experience and her positive energy.  Instantly, she loved her teammates.  She is very local and strong leader for our team.' 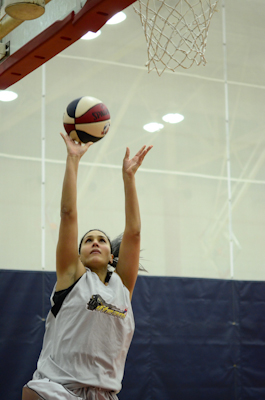 Throughout his career,  D'Albero has had the knack for developing creative plays to confuse opposing teams and to aid in creating open shots for his offense.
His favorite play to call is named after his favorite number, two.
"Every time I coach,  I always create a play which can be adapted to the type of players I have on my roster.   There is a play I use nicknamed "2".  This is a play which usually consists of all five players on the court."
Even though D'Albero has been coaching for a month for the Lady Steam, he is enjoying every moment.
"Everything is going absolutely great.  We are still adding more players to the team to help improve the overall makeup of the roster.  Everyone is trying to be their best at what they do, which is everything I can ask for." 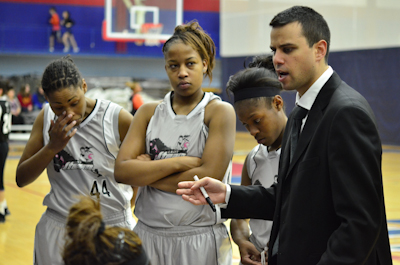